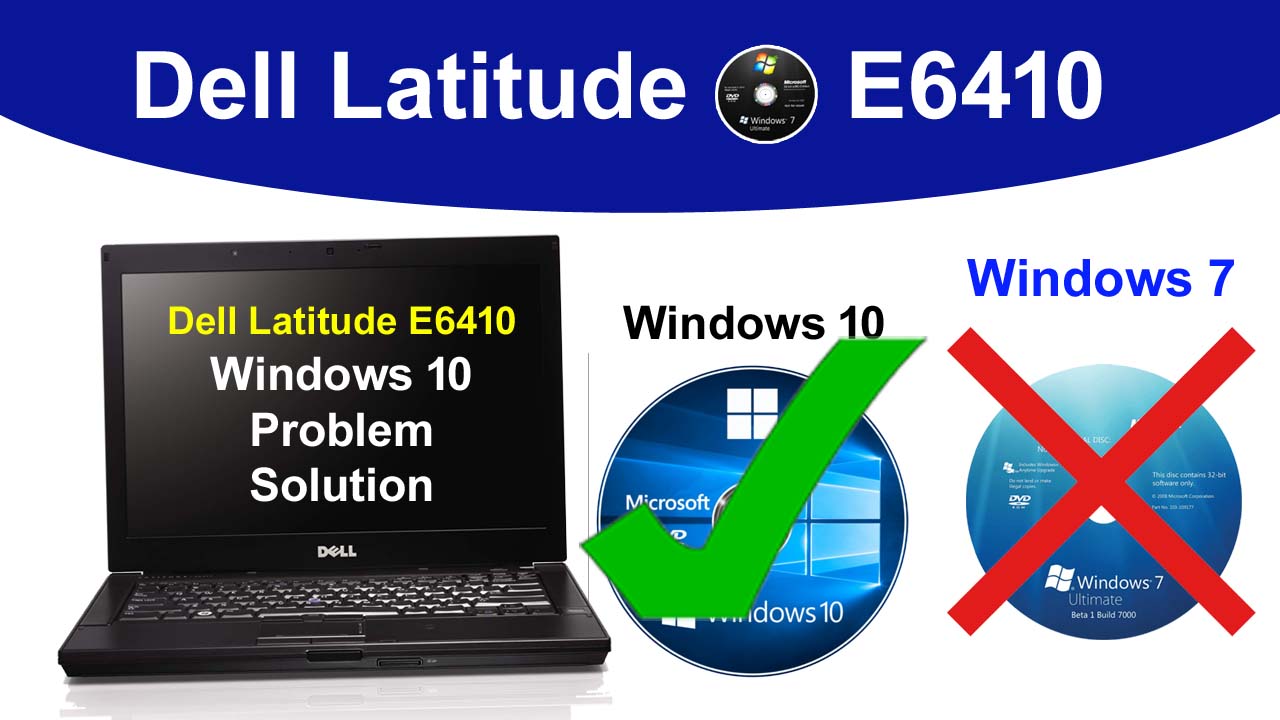 Dell Latitude E6410 Windows 10 not working is a very serious problem for these laptop owners. People buy this laptop but don’t check the windows support. As you know that Microsoft has stopped the support for Windows 7 and now they suggest using the latest version of Windows 10. But here is a problem, Old model PC and laptop cannot Endurance a load of Windows 10. So, people use Windows 7 on their desktops and laptops. Have you been troubled after the installation of Windows 10? If yes and you have a Dell Latitude E6410 model then here I will try to fix your problem.

Many of the users of this Laptop has said that they have installed windows 10 and it is working fine. There are no lags and not no black screen on my laptop. The official site of Dell senior staff says that this model does not have valid drivers for Windows 10. But I say that Windows 10 is the perfect selection for this laptop. I was using a laptop of HP Pavilion Core 2 Due and its speed was very lazy. So, I sold it in the market and buy a freshly used laptop which is Dell Latitude E6410.

When I buy this laptop there was windows 7 installed. I ask the shopkeeper that does this laptop never support Windows 10? He said, This is an i5 and 1st generation laptop so, this laptop cannot support windows 10. it is designed only for Windows 7. My range was low so I purchase this laptop and came back to my home. This laptop performance was fast and I do work on it for 7 to 10 days.

There is another core 2 due computer in which I kept all my data. I had Windows 10 installed in it while it was a very old model and low generation from my laptop. So, I thought that when Windows 10 is being installed on this computer then why not install this window in this new model laptop also.

I installed Windows 10 on USB and started installing Windows on my laptop. Windows took less than 15 minutes to install and I then attached Wi-Fi to it and started using the internet. I also like its speed on Windows. This laptop was not running slow, nor was it slowing down while playing video. In it, I installed Adobe Photoshop 7 or Microsoft Excel software but its performance did not decrease. This means that this laptop 100% supports Windows 10.

I was shocked to see this problem on my laptop. What happened was that its colors began to change. I turned it off, took the battery out of it, re-installed it, and turned it on. Now it was starting with a light pink screen. Also, the laptop was very slow, although Windows 10 was installed fresh. I started doing thorough research on the internet and I found out that this laptop does not support Windows 10 so it has such problems. After this, I thought there was no problem when I installed Windows 10 in it a month ago but now why is that?

I took out the ram from it and checked it and cleaned it but it didn’t solve the problem. In the end, I didn’t get bored and thought of reinstalling Windows 7 in it again. When I was formatting the USB, I noticed that it had Windows 10 2020 installed in it, whereas I had previously installed Windows 10 2002 in it. Then I installed the same Windows that was 2002.

After Windows is complete, its drivers are installed, which we have to wait a while. When everything is installed, restart the laptop and then use it. That’s exactly I do it and now the same laptop is working perfectly.

Why the Dell Latitude E6410 Windows 10 Not Support?

I have noticed that the older version of Windows 10 supports this laptop. You can install Windows from 2002 to 2006 on this laptop but there is a condition for that too.

I hope you understand why my Dell Latitude E6410 Windows 10 Not Support. In addition, I will definitely share with you some other useful things about this laptop. If there is a problem, be sure to include your name and e-mail in the comments. I will do my best to guide you.

View posts by Haider Ali
I am a professional blogger and content writer. I like to write about Mobile phones, technology and Fiance News and Guides.